Quick, what does this C++2a Working Draft code print?

Okay, trick question. This code doesn’t compile: out of Same<int>, Integral, and Regular, none of them subsumes any of the others, so the overload resolution is ambiguous. (This is not a bad thing, in this case! Nobody should be writing code like the above.)

The spaghetti of C++2a-era multiple subsumption looks like this: 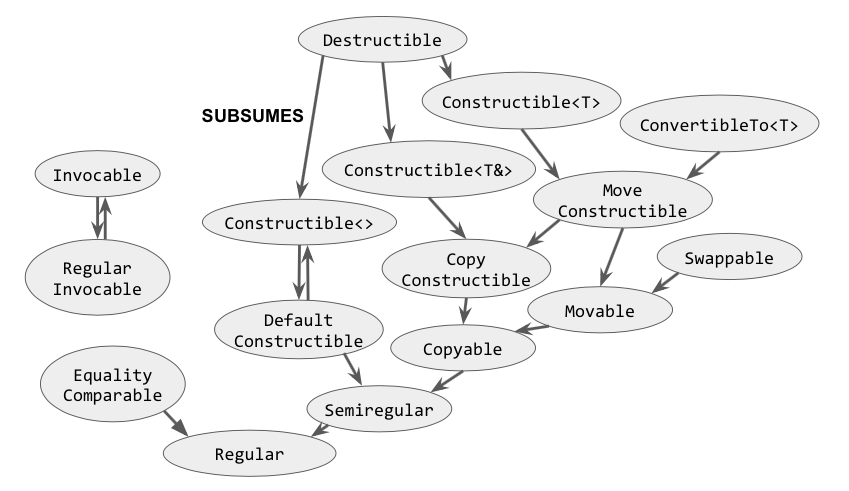 Just like an old-time cartographer, I have filled in the blank space on the west side of my map with non-sequitur dragons; in this case RegularInvocable. (That’s right, there is no relationship between Regular and RegularInvocable — the C++2a Ranges proposal introduced the term Regular to the standard library and immediately overloaded it with multiple unrelated meanings.)

To be fair, I haven’t come up with an easy surprising example such as my ifstream example above. The best I can do is stuff like

Concepts are a lot weirder than classical inheritance, because they’re parameterized. As you can see above, Constructible<T> is a different concept (with different “derived concepts”) from Constructible<T, T>. And so we can get extra weirdnesses such as