Against the Grain: Pitcher plant

From Joris-Karl Huysmans’ À rebours (1884), which I highly recommend to anyone with a decadent literary bent. This morning our protagonist has just received a shipment of exotic plants: 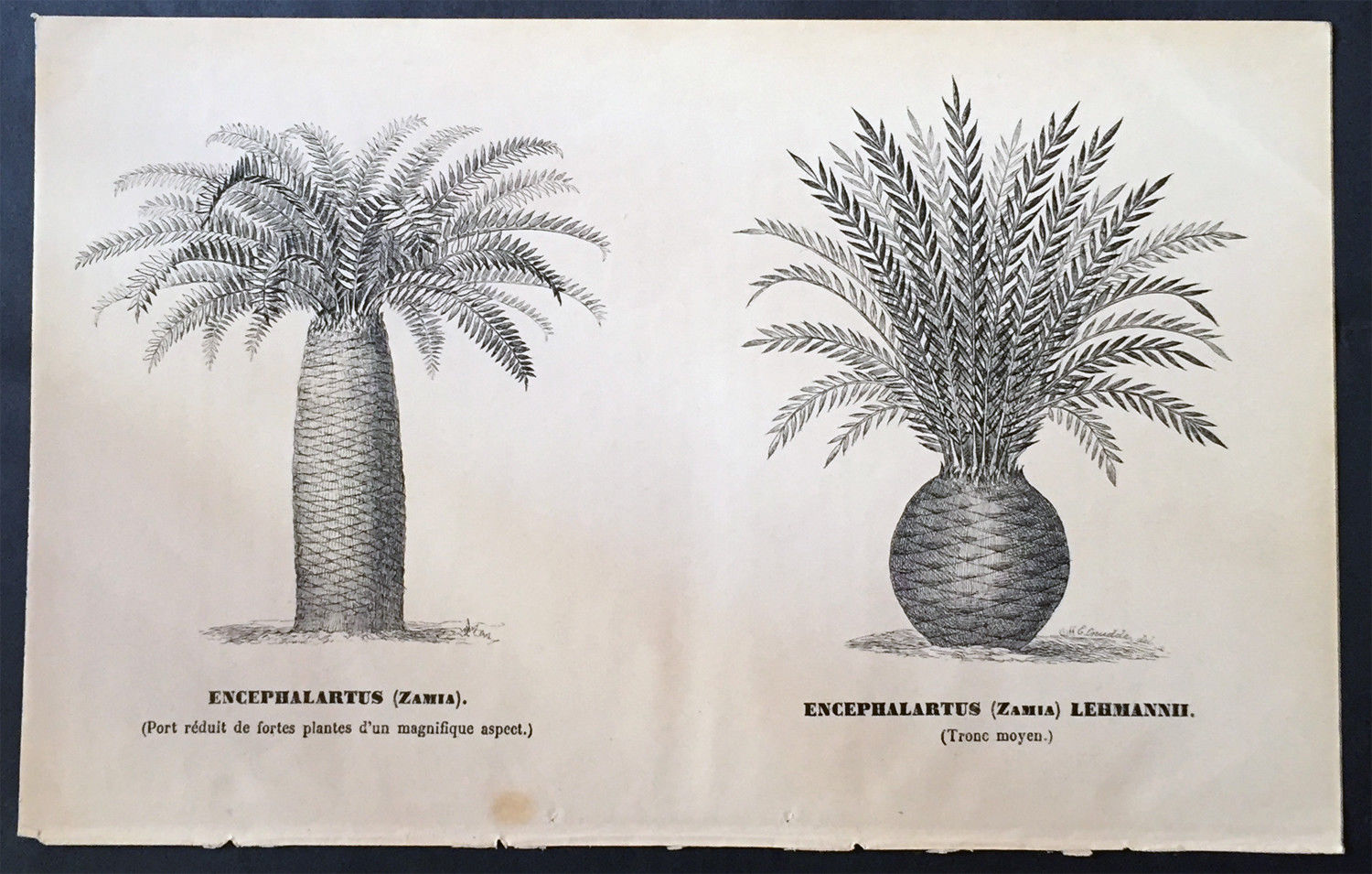 Des Esseintes looked on in wonder, listened open-mouthed to the barbarous names of the herbaceous plants — the Encephalartos horridus, a gigantic artichoke, an iron spike painted rust-colour, like the ones they stick on the top of park gates to prevent intruders climbing over; the Cocos micania, a sort of palm, with a notched and slender stem, everywhere surrounded with tall leaves like paddles and oars; the Zamia lehmanni, a huge pineapple, like an immense Cheshire cheese, growing in peaty soil and bristling at the apex with barbed spears and cruel-looking arrows; the Cibotium spectabile, going one better even than its congeners in the wild caprice of its structure, defying the maddest nightmare, throwing out from amid a clustered foliage of palm leaves a prodigious orang-outang’s tail, a brown, hairy tail curling over at the tip like a bishop’s crozier.

At these, however, he barely glanced, waiting impatiently for the series of plants that particularly fascinated him, those vegetable ghouls, the carnivorous plants — the Flycatcher of the Antilles, with its shaggy edge, secreting a digestive liquid, provided with curved thorns folding into each other to form a barred grating over the insect it imprisons; the Drosera of the peat mosses, furnished with rows of stiff, glandulous hairs; the Sarracenia; the Cephalotus, with deep, voracious cups capable of absorbing and digesting actual lumps of meat; last, but not least amazing, the Nepenthes, whose eccentricity of shape overpasses all known limits.

My lovely wife and I bought a Nepenthes pitcher plant at the Pacific Orchid Exposition in Golden Gate Park this past February. When we traveled across the country in October, we brought it almost all the way with us — but the freezing temperatures in South Dakota did not suit it, and by the time we got to New Jersey, it was in terminal decline.

But look what she got me for Christmas! 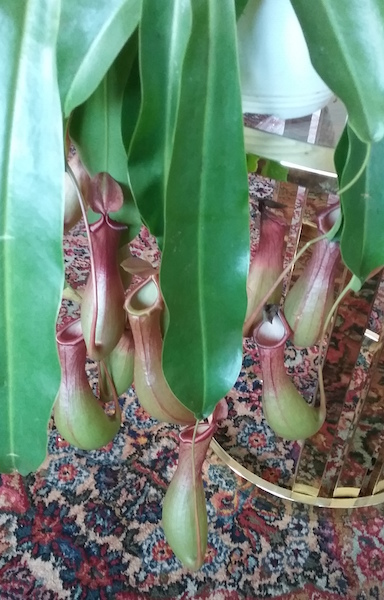 It seemed as though he could never weary of turning about in his hands the pot in which trembled this extravagant vagary of the flower tribe. It resembled the gum-tree in its long leaves of a sombre, metallic green, but from the end of these leaves depended a green string, a sort of umbilical cord, carrying a greenish-coloured urn, veined with purple, a sort of German pipe in porcelain, a strange kind of bird’s nest that swung quietly to and fro, exhibiting an interior carpeted with a hairy growth.

“That one is a veritable miracle,” Des Esseintes murmured to himself.

Incidentally, the translator rendered Huysmans’ “pain de Chester” as “Cheshire cheese.” I can’t find any definition online for pain de Chester, nor any indication that Cheshire cheese’s traditional shape resembled the round shape of a cycad. (Edam, on the other hand…) So I wonder what the deal is with that.

Huysmans also seems to have conflated the Venus flytrap (attrape-mouche) — which is native to a shockingly small area of mainland North America — with the native Antillean flycatcher (gobe-mouche). The latter is not a plant at all; it’s a bird! Plantwise, the Antilles are home only to toothless Pinguicula and some less impressive members of the Lentibulariaceae.

The flytrap belongs to the genus Dionaea, which reminds me that scary hypertext fiction “The Dionaea House” is worth sharing. The domain name where it originally appeared has lapsed now, but fortunately the Internet Archive’s Wayback Machine is on the job. (Have you made all your donations for this holiday season yet?)

The author of “The Dionaea House,” Eric Heisserer, went on to a Hollywood screenwriting career. His adaptation of Bird Box, starring Sandra Bullock, hit Netflix on December 21.