Here’s a simple two-player card game you can play while stuck at home. I invented it sometime before 2003 — I would guess circa 1999. I call it “Connect Fifteen.”

You’ll need a deck of playing cards and a table with a straight edge.

Separate out the ace through 7 in all four suits, and then put away the other cards; you won’t use them. Give one player the black suits and the other player the red suits. In this game the ace has value 1. 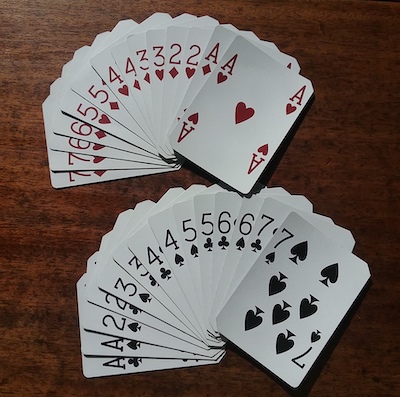 The players take their respectively colored cards (14 each) and shuffle them face-down. The two decks are then placed face-up in view of both players, so that each player can always see his own and his opponent’s next card.

Starting with the red player, players alternate turns placing cards on the playing field as in Connect Four. That is, a card may be played vertically above any existing card, or it may start a new column immediately left or right of the existing columns, on the “baseline” represented by the edge of the table.

Players may only look at their opponent’s top card, and at the card they are currently needing to place. In particular, you aren’t allowed to look at your next card until you’ve decided where to place your current one!

The first player to place three or more of his own cards in a contiguous straight line (horizontal, vertical or diagonal) so that the pips on the aligned cards total 15 or greater wins the game.

The following picture highlights the three places the black player may legally place their first card: 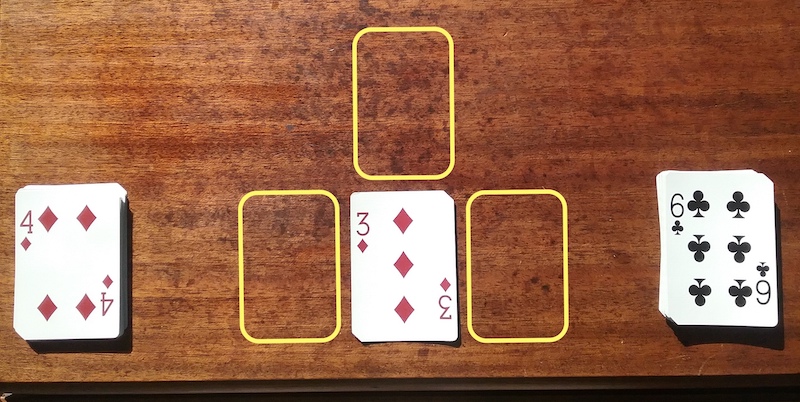 Black plays their 6 in the existing column. Red observes Black’s next card (a 5) and then plays their 4 in a new column, forming an open line of total value 3+4=7 along the baseline.

Black plays their 5 in a new column to the left, blocking one end of Red’s line. Red observes that Black really wants to play the black 4 on top of that 5 (which would form a horizontal line of value 10 and a vertical line of value 9, possibly threatening a win) and therefore plays their ace to block that spot.

Black plays their 4 in the rightmost existing column, revealing that Black’s next card is a 7. Black is now threatening to play in the highlighted spot to form a diagonal line of value 5+6+7 ≥ 15, so Red is forced to block. 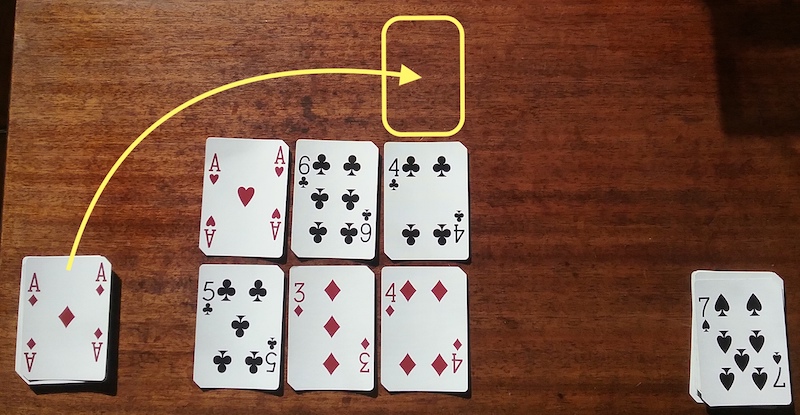 Black plays their 7 in a new column… and reveals another 7! Red’s own 7 comes too late to help; Black is now threatening to win in either of the locations highlighted below. 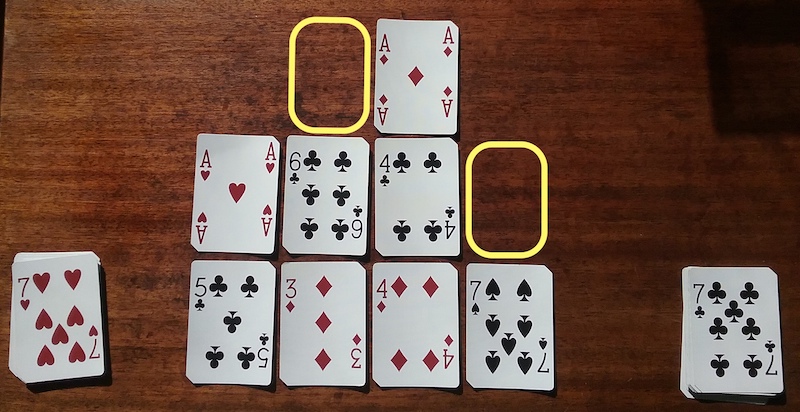 Red chooses to block the horizontal line. Black plays their 7 in the second column to create a diagonal line of value 7+4+7 ≥ 15 and win the game! 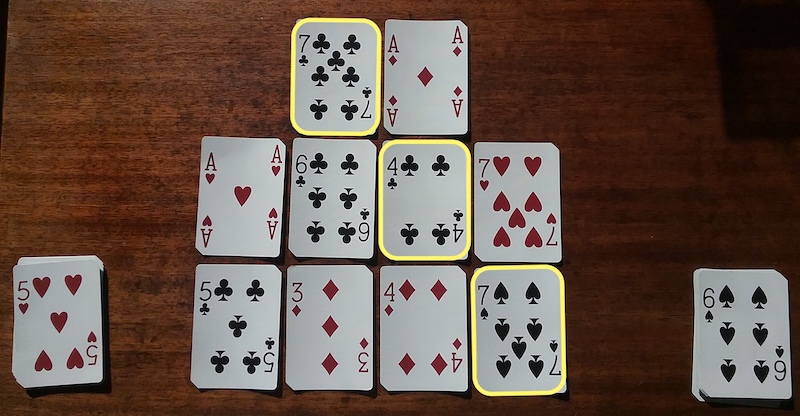