Holmes and Watson happened to be passing by the table just as Lee made his move in a game of Homeworlds. The position after Lee’s move was: 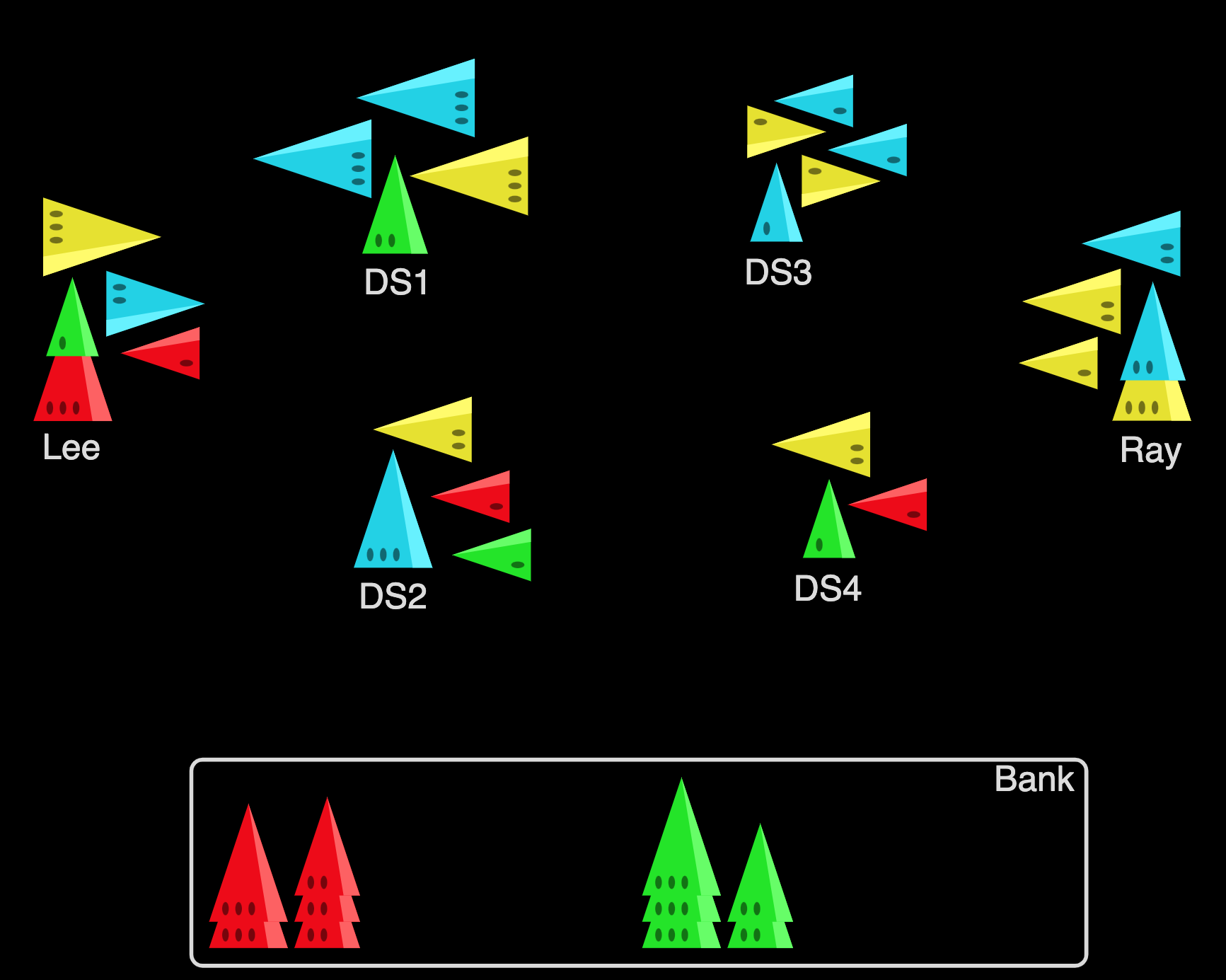 “Interesting move, Lee,” said Watson. “You know, if you had moved your blue ship just now, you would have put Ray in check.”

“Yes,” replied Lee; “but if I’d done that, then Ray surely would have responded by catastropheing half of my home star!”

What was Lee’s last move?

For the solution, see the discussion of this puzzle on BoardGameGeek.